We’re going to start from the end and work backwards tonight because a pretty good episode got very bad really quickly, and it all happened in the last few minutes. 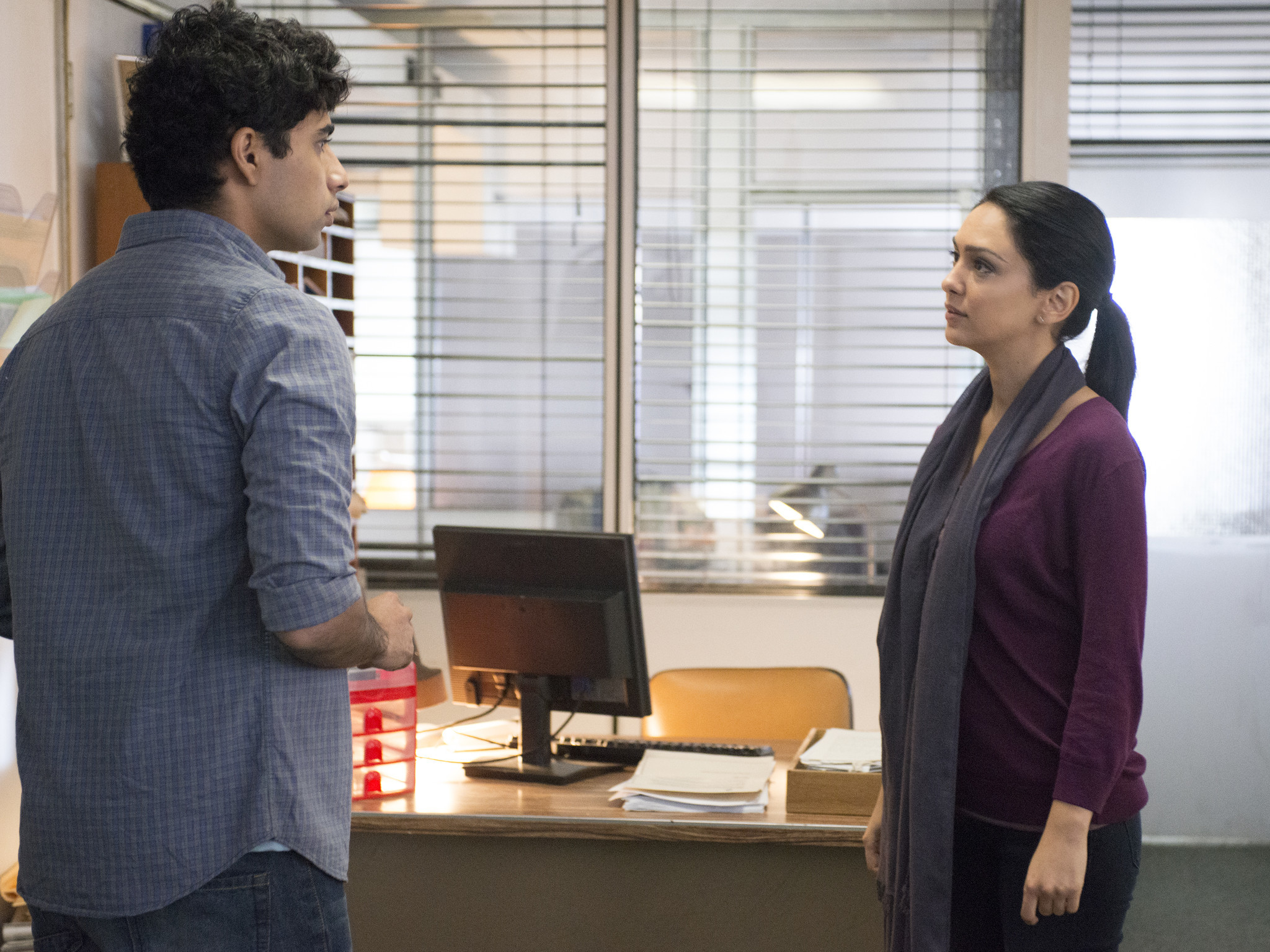 After agreeing earlier to accept Carrie’s offer to get him out of the country, Aayan arrives at the safe house she set up near the end of the episode. Fara leaves him there alone with Carrie, and if Carrie’s long stare into the mirror wasn’t enough to let us know we were in for trouble, the many deliberate shots of her exposed bra straps soon confirmed it. Before long, they sit down on the couch together, and Carrie almost immediately places her hand on his knee. Here is an excerpt from my notes as their conversation unfolded:

“I can’t help but feel in this entire scene that Carrie is screwing it up.”

How is “trust me, I’ll make them understand” anywhere near an adequate response to Aayan’s very valid concern that getting kicked out of school for stealing drugs might affect his chances of getting into King’s College?

As things progressed, I wrote “and that was before she reached for his crotch,” and as they progressed further, “f****** sh*t.”

I know it’s not fair for me to act too surprised after Carrie and Aayan’s close encounter in the bathroom last week, but to quote my notes just one more time, “she can’t be this insane.”

Even if Sophie Gilbert hadn’t pointed out more than a week ago that Carrie is kind of a terrible spy who ought to be jobless several times over for her sexual dalliances alone, her seducing Aayan would still have been crazy based entirely on the grounds that this show went downhill the last time Carrie started sleeping with her target. It was crazy then, so it’s way crazier now. The “Homeland” writers don’t seem to understand the idea ought to be to keep the show just grounded enough so that its loonier aspects acquire a patina of just-crazy-enough-to-be-true-ness. Instead, there’s this sort of “what the hell” attitude that leads to Brody murdering the vice president of the United States via pacemaker hacking and Carrie eagerly seducing a boy who already agreed to cooperate.

Before any of that happened, though, I only had a handful of generalized concerns about the show overall, and mostly nice things to say about the episode itself. It gets off the ground and running impressively quickly as, in the first two scenes, Carrie identifies the man who coordinated the attack that killed the previous station chief and Aayan discovers his stash of mysterious drugs has been destroyed. The episode goes on to handily juggle storylines with a variety of paces and tension levels.

Briefly: Fara and Max follow Aayan around while the rest of the team keep track of newly identified ISI agent. Ambassador Martha Boyd’s husband, we learn, was the one passing secrets to the former station chief, and whoever ultimately collected those secrets isn’t about to let that source dry up. Quinn reprised his role as the mouthpiece for morality. And, finally, Saul stuck around a little while longer to try and figure out why the Pakistani secret service would assassinate a CIA station chief.

The episode proficiently weaves all those mini-narratives in an enjoyable hour of television that left me, putting aside the whole Carrie issue, with only a few broad reservations.

Saul’s role in the show right now, for example, seems incoherent and unnecessary. Losing Mandy Patinkin’s presence would be tragic, but his function right now feels like an afterthought. Like the writers are giving him something to do just to keep him on the screen.

And Sunday’s Big Reveal – that the target of that original, bungled airstrike was alive and had organized the whole thing to fake his own death – doesn’t really do a lot to solve the show’s stakes problem. So, he’s alive. We’ve known there was some kind of larger conspiracy since day one, but we still don’t know what the ramifications are.

Which leaves “Homeland” in a confusing gray area. On the one hand, it’s a very technically proficient show that can deliver satisfying tension and tight, episode-level narratives. But things start to fall apart when you zoom out a little. It’s becoming more and more difficult to sustain hope that this show can fix its big-picture problems. Still, if you can overlook or don’t care about that, this is not bad TV.