In its short run so far, I’ve learned that “Mulaney” is at its best when everyone is working together. That is, when there’s one main plotline rather than two or three branches. This episode is a great example of that.

The theme of the episode is patriotism and the military. Motif gives up his first class seat to a Marine named Chad (Robert Baker), who Jane starts to date, and Mulaney feels guilty about his lack of patriotism. As a result, he goes with Motif to audition for a USO show. While Mulaney bombs, Motif kills and books a gig.

Chad asks the gang to look after his three-legged dog, and of course they immediately lose him. The scene when they’re devising ways to cover their tracks is maybe my favorite in the show so far. Motif offers up the sound box from an animatronic fish, and Andre puts his hamster in a model of the apartment (forced perspective, obviously). Oscar has the dog and everything turns out alright, save for Jane hating the way Chad dresses.

Lou Cannon scenes continue to underwhelm me. This may be because of what I mentioned before. Lou usually only interacts with Mulaney, so his scenes are very isolating. He has some flashbacks to his USO experience, which we later learn was just a bad improv scene when he shot his partner, Murphy (Jerry Minor), with a t-shirt cannon. They reunite and Lou agrees to do another USO show. While I find the character somewhat one-dimensional, I do enjoy the idea of Lou having a podcast called “Talking About Myself.”

While this episode was maybe my favorite of the series thus far, it’s no secret that “Mulaney” is not doing well. On an appearance on “Jimmy Kimmel Live,” he said, “The ratings have not been good. But luckily the reviews have also not been good…we’re a niche show.” While I think the show has its bright spots, it is certainly a candidate for cancellation after its 13-episode run is over. We shall see. 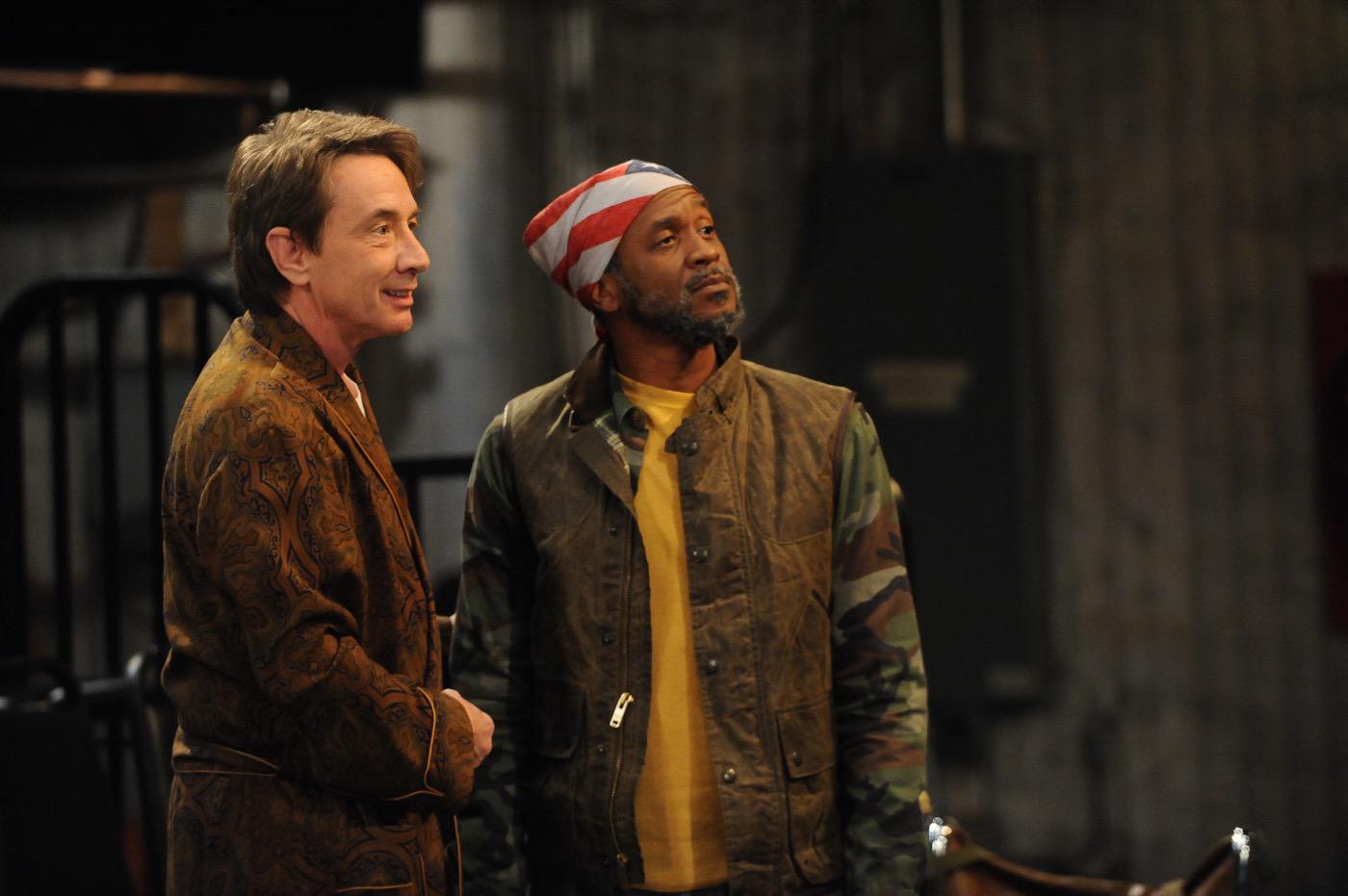 -Some of the ideas on the board for the lost dog situation: “Robo dog—movie idea?” “Do dogs die?” “Ask Ellen to help and for $$$” “Rob bank.” Amazing.

– Lou did have this redeeming line when Mulaney tells him he’ll get a cup for a USO show: “I already have a cup.”